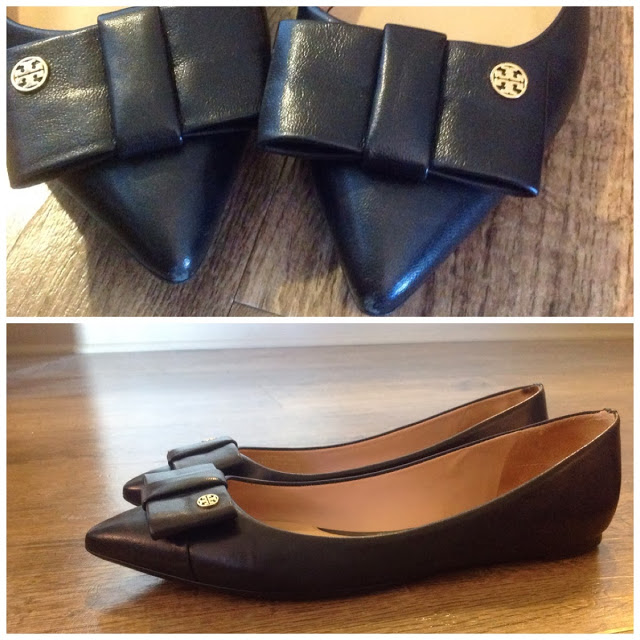 Happy 2014 to all of you!  It’s been awhile but I’m still alive and still tall so it’s high time I post some more stuff on the blog, eh?
My latest splurges have been on shoes.  I have a terrible time finding boots that fit my calves but am starting to wonder if anyone really has an easy time of it.  I have several friends who have tiny calves and find themselves swimming in most boots. I also know people who need extended widths and then there are people like me who have calves that are just a teensy bit beyond the “normal” width for boots.  Being a “tweener” in the boot circumference world can be a lot of drama.  I remember one time when I was trying on (or I should say TRYING to try on) boots at Cole Haan a few years ago.  I was bent over, wrestling with the boot and frantically yanking on the zipper which had stopped about mid-calf while the aloof, unfriendly salesman watched me with what I swear was an amused look on his face. Meh! Long story short, I’ve learned that if I want to have any hope of cramming my legs AND jeans into boots, they better be extended calf ones.
I literally spent HOURS online looking at boot circumference measurements, reading reviews etc. until I FINALLY decided to purchase the J.Crew Dean extended calf boots in the chester brown color (on sale of course).
According to the website, the boots have a 15 6/16″ circumference for a size 7 and based upon my obsessive boot research, it seems that circumferences go up around 1/8″ for every size.  This must be the case because a 15″ish circumference would definitely be snug on me and as you can see in the following photos, the boots are plenty roomy. I do notice a little bit of bunchiness around the ankles but I’m willing to live with that since the boots are comfortable, seem well made (translation – should last several years) and I can cram any manner of pant leg into them that my little heart desires. Plus, I adore this color! It is just the hue I was looking for.  And the boots look great with jeans, leggings, skirts, dresses, bikinis (kidding…just seeing if you’re paying attention).

I’ve had a bad back since I was a teenager.  I’ve been told it’s basically because I have a really long spine (obviously) but my muscles aren’t strong enough to support that long spine. One of these days, I’ll get uber consistent with a workout that strengthens my core until it’s hard as a rock thus causing my muscles to have a supportive death grip on my spine and then maybe my back pain will vanish.  Until then, I try to be kind to my poor back and my back generally yells at me for being unkind to it when I trot around in heels for 8 hours at work.  I decided pointy toe flats are the best alternative to heels when I want to look dressy.  I settled upon the Tory Burch Aimee flats mostly because I couldn’t resist the bow.  These were actually my big Cyber Monday score.  They were sold out on every other website except for Bloomingdales AND Bloomys was offering 25% off. They are not as comfortable as my Cole Haan Air ballet flats (which basically feel like you’re walking on pillows) but they’re comfortable enough, look great, and go with jeans, skirts, dresses etc. I do wish they had a tad more cushioning in the sole.

This outfit is my current go-to “power” outfit for work meaning I’ve been wearing it whenever I have an important meeting or event and need to feel 100% fabulous and confident.  Pre-TB pointy toe flats, I felt like I needed to suffer through the day in heels because none of my other flats seemed dressy enough for this ensemble.  Problem solved with the pointy toe flats!

Have you lucked out with some good shoe finds lately? Do share! 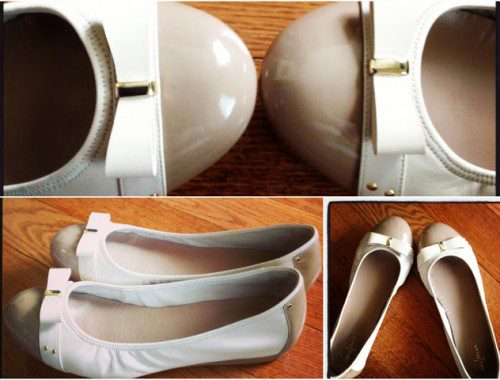 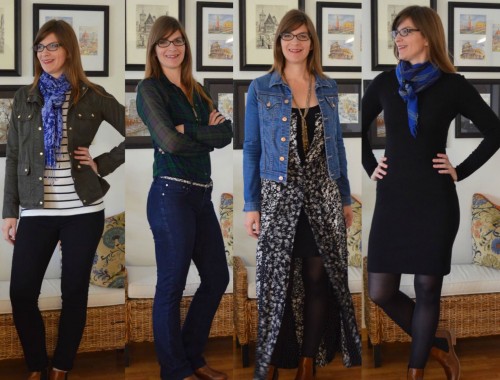 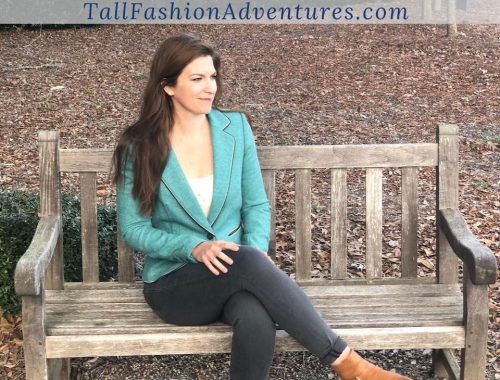